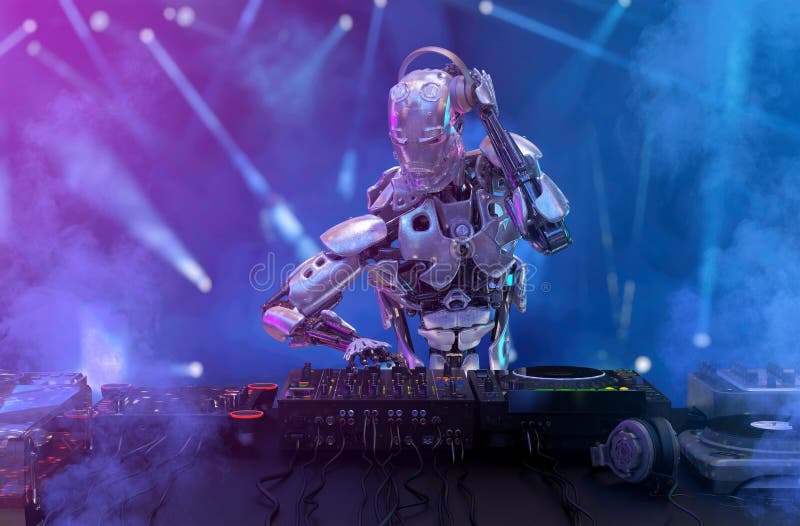 Artists are developing robotic creatures to perform acts of art. They have dubbed these robots ArtSBot, RoboThespian, Gudel, and Rodney Brooks. Unlike humans, these robots can do all types of choreography. Some are so realistic and lifelike that viewers will be unable to distinguish the difference between them and human actors. Others are just bizarre and creepy – but they are all rooted in the same artistic concept.
ArtSBot

The ArtSBot is a collection of autonomous robots that produce paintings and drawings based on stigmergy and randomness. These autonomous robots are mobile and interact with their environment. They were created by Leonel Moura, a Lisbon-born artist who has written several books on art. The project was funded by the National Foundation for Science and Technology, and coordinated by Henrique Garcia Pereira.

ArtSBot is a self-referential art machine that simulates the artificial features of life. It mimics the complexity of art, music, and movies by exhibiting an array of possible outcomes. According to Duchamp, creativity is the creation of new laws of arrangement. ArtSBot, unlike human artists, does not produce objects or contexts. However, it creates ephemeral moments that are characterized by novelty and surprise.

The Art Bot is powered by a small electric motor. The motor is attached to an off-center weight, which causes the robot to wobble on the paper. Similar to cell phones and video game controllers, Art Bot also uses vibration as a means to move. Its legs are equipped with markers that enable it to draw on the paper as it moves across it. Art Bot is a beginner-level project, so anyone with no previous robotics experience can build it.

The ArtSBot is a prototype that Moura designed in 2003. A group of autonomous robots works together to create artworks. Each robot has a painting device with two marking-pens. The algorithm works by using a positive feedback mechanism. The robots avoid each other and communicate with one another through painted trails on canvas. The robots cooperate with each other in this way, a process called stigmergy.
RoboThespian

Developed by Engineered Arts, the RoboThespian is a programmable figure that is capable of speaking and performing in thirty languages. It was originally conceived as one of the first projects of the company. With the help of a tablet, it can be programmed to perform any number of tasks. It can also be taught to speak multiple languages, such as French, German, and Spanish.

The RoboThespian retails for around $90,000 USD and is capable of full locomotion. Its eyes, whose lenses are made from LCDs, can convey various emotions. The body shell contains emotive LED lighting that allows it to perform its powerful acts over again. This robot has a high degree of versatility, and its development and testing cycle can be extremely efficient.

The RoboThespian has been designed to mimic the process of human theatre production. The actor’s sound is amplification from the PA system, while the robot’s on-board speaker only produces sound when the actor is talking. The PA system enables a scalable audio system for the stage and audience. Using the amplification system, the robotic actors’ performances mimic the sound production of a live theatre.
Gudel

A Swiss manufacturer of single-access platforms for industrial automation, Gudel started out in the 1950s manufacturing gear racks. Today, they’ve expanded their product line to include linear modules and robotics. Their platform systems include multiple axes for maximizing ROI. Gudel’s platforms are also versatile, enabling them to be used for a variety of tasks from welding and cleaning to prepping machine surfaces. If you’re looking for a robot that can handle these tasks and more, Gudel is a great company to consider.

For example, Gudel recently announced its new ArcTrack robotic track motion module for arc welding. The ArcTrack promises the highest degree of flexibility while reducing lead time by up to 40 percent. Gudel’s automated systems are designed to meet the specific requirements of welding applications. They are also compatible with all conventional industrial robots, including KUKA and Fanuc. In addition, Gudel recently installed three of their robotic systems at FAGOR’s own trade fair.

Automate 2015 will be a great place to check out Gudel’s latest innovations. At booth #432 at McCormick Place in Chicago, Gudel will preview its third-generation linear motion and gantry technologies. The company will also be featuring robots from ABB and Yaskawa Motoman. These robotic platforms are also highly flexible and easy to maintain. There is no reason not to check out Gudel’s latest offerings at Automate!
Rodney Brooks

After working as an artificial intelligence researcher at MIT and the University of California, Berkeley, Brooks left to pursue his doctorate in computer science in Australia. He began by studying at Flinders University in Adelaide, where he had access to the mainframe computer on Sundays. Later, he studied with artificial intelligence pioneer John McCarthy at Stanford University in California. His doctoral thesis, Model-Based Computer Vision, focused on the creation of mobile, autonomous robots.

After graduating from MIT in 1984, Brooks joined the faculty and served as the Director of the Computer Science and Artificial Intelligence Laboratory. In 1990, he co-founded iRobot with two students and brought the Roomba to homes. The company went on to develop robots for the military, which included the PackBot, which was used by U.S. troops in Iraq and Afghanistan.

When Brooks was working on AI research at MIT, he became disillusioned. During his time at MIT, he was discouraged by the top-down approach to artificial intelligence (AI). This approach requires the computer to have a representation of the physical world. Brooks argued for a “bottom-up” approach, which focuses on action and behavior instead of structure.

Although traditional robots are capable of performing tasks humans refuse, they are expensive and require highly skilled operators and technicians. With new robots, ordinary people can train them. They don’t need engineering degrees or PhDs to operate them. The Rethink Robotics team aims to make robots like Baxter as easy to program as smart phones. And because they are so affordable, they are affordable for the average consumer.
Universal Robots

Using a Universal Robot allows artists to create works of art. They are versatile enough to create various types of art, from interactive portrait drawing robots to painting on a canvas. These robots are capable of performing a variety of tasks, such as brushing hair or blowing bubbles. In addition to creating art, these robots are also useful for research and entertainment purposes. Their ease of use and stability enable artists to create various types of art.

To make this possible, artists can use cobots, or robots, that mimic human actions. Universal Robots offers a variety of artistic solutions, including a camera that works without a human operator. Using cobots for painting, for example, can improve production quality, increase accuracy and reduce errors. Universal Robots can be customized to meet the unique needs of a client. A few examples are listed below.

Cysp 1 was created in 1956 by Nicolas Schoffer. Designed to react to color, sound and light, this robot can dance in a series of performances. Survival Research Laboratories also creates massive destructive robot performances. One of the smallest cobots in the series, UR3, has six degrees of freedom and a reach of 50 cm. It is capable of performing a wide variety of tasks, such as dancing or singing.

Another example of how robots can make a difference is a project where a robot can paint a digital signature of a bee. The project, which was a collaboration between Glassworks Barcelona and Greenpeace Spain, had a very ambitious goal of getting 250,000 people and bees to sign a petition to stop the use of pesticides. This project was an impressive success, and is a great way to get a message across.