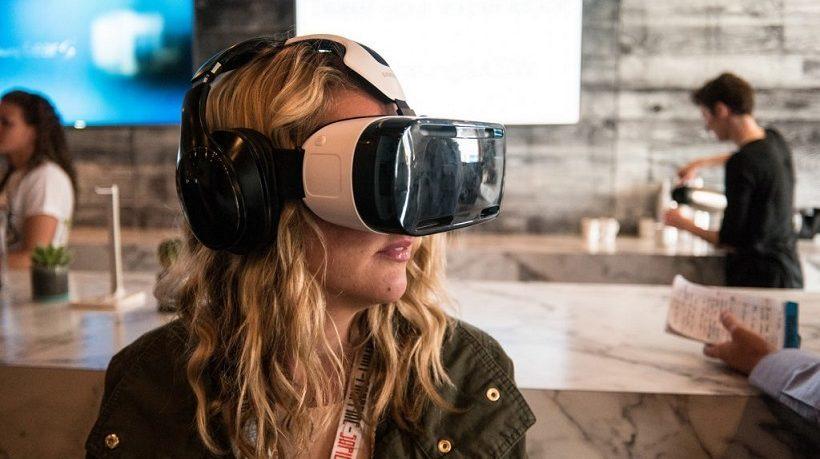 There are several uses for Interactive Virtual Reality. The technology has been used for surgical training and medical research. It also helps medical students learn about empathy. Retailers can use VR to allow prospective consumers to try on clothes and other objects before making a purchase. Unlike augmented reality, VR allows users to replicate real world environments. This is the most powerful application of this new technology. For more information on the benefits of VR, read our article. The future of healthcare is bright for this technology.
Applications

One of the less discussed applications of interactive virtual reality is in the fashion industry. Using virtual replications of store environments to practice product displays and signage can help retailers plan their layout before the real deal. It also allows retailers to allocate proper time and resources for store layout. Companies like Tommy Hilfiger, Gap, and Coach have adopted VR into their businesses. Users can virtually try on the clothes in virtual fitting rooms and try on new styles before making a purchase.

The effect of VR on athletes depends on various factors including task, athlete, and non-VR environment. For instance, the presence of other participants and their feedback are important. However, more research is needed to determine whether interactive VR can improve performance in skill-based sports. The effects of interactive VR on sports performance are likely to be similar to those of traditional video games. The future of this technology will depend on the amount and type of research conducted in this area.

Architects can also take advantage of this technology. In virtual reality, complex sketched spaces can be viewed at 1:1 scale. In this way, clients can explore the design before making a commitment to accept it or begin the actual construction process. It is even possible to view under the hood of a car through a virtual reality app. And because virtual reality applications can be accessed by many people, the possibilities are limitless.

Military training is another area where VR can be an important tool. Virtual reality simulations can simulate everything from simulated flight simulations to vehicle and battlefield environments. Soldiers can also take part in training scenarios that would otherwise be risky. By using the technology in training, they can avoid potentially dangerous scenarios until they are combat ready. VR can even train soldiers how to interact with local civilians and international correspondents. However, the military has a number of disadvantages related to VR.
Disadvantages

– People may become addicted to Virtual Reality. While its many benefits include the ability to engage in unique experiences and risks, some users report feeling worthless and disconnected from real life. This may lead to various health problems. Some users have even developed a physical addiction to virtual worlds. For this reason, avoiding social interactions can be a major drawback of Virtual Reality. Furthermore, people may become addicted to this technology, ignoring their real life.

– Excessive VR usage is detrimental to eye health. The long-term use of VR headsets can lead to eye problems and even cause motion sickness. More than 60% of parents are concerned about the health implications of VR. They should closely monitor and moderate the use of this technology. It is crucial for those interested in using VR for educational purposes to understand the impact on their own lives. If this technology does have a negative impact on the real world, the government will have to do something about it.

The best type of VR is a three-dimensional image that is interactive on a PC. The user can move and zoom in the 3D environment. Such tactics are essential for training and education purposes. VR also has many advantages. It is a great way to train workers for new machinery or even to perform crime scene reconstruction. There are also several potential disadvantages, including the fact that it is hard to communicate ideas to others without the use of physical objects.

Cost. Immersive learning is expensive. While immersive learning can enhance the learning experience, it can also be time-consuming and require a lot of teaching time. Many teachers may not be comfortable with VR, which can make Immersive Learning difficult. Nonetheless, the advantages outweigh the drawbacks. So, if you want to explore the potential of VR as a teaching tool, be sure to ask the experts about the costs and limitations.
Research

Virtual reality has a wide range of uses, and researchers are exploring the ways it can improve the way we learn and communicate. In the context of the Brexit vote, researchers created an interactive guide using virtual reality that shows a global visualisation of the issues surrounding Brexit and a list of common questions for each country. The Guardian also created an interactive VR experience to understand the psychological effects of solitary confinement. In this virtual reality simulation, users are placed inside a US prison cell, and the story of the psychological damage that isolation causes is told in a moving way.

The researchers investigated the relationship between various factors that influence the level of immersion and representational fidelity. The researchers also determined whether the degree of immersion influenced participants’ interest, intrinsic motivation, self-efficacy, embodiment, and cognitive load. Adaptive VR can also induce specific emotional states. It is based on a closed-loop design, and it tracks a user’s behavior and brain activity to identify what emotions they are experiencing.

A key consideration for the use of this technology in educational settings is the transferability of skills acquired in the virtual environment. Research into interactive virtual reality in the sciences has focused on the transferability of skills learned in these settings, and how they translate into real-world scenarios. A popular application of VR in education is situated learning, which involves a simulation of the lab. It allows users to practice essential skills without using resources in the real world.

Despite the many positive effects of VR for learning, the technology has its drawbacks. Some studies have shown that people are susceptible to cybersickness when immersed in a VR environment. In addition, patients with limited mobility and the condition of a virtual environment must remain seated to use the VR. Most VR applications were designed for room-scale use, but newer systems are also being developed for seated users. This is a good thing, because VR technology can be used in other forms of learning as well.

Researchers have also begun to look at the role of VR in learning and teaching. While it is widely regarded as a form of entertainment, virtual reality has other applications that may not be so readily apparent. For example, it can be used to train students for a variety of subjects, such as science or math. The possibilities are endless. Researchers are now exploring the way virtual reality can help improve the lives of people with a variety of conditions.
Development

Development of Interactive Virtual Reality is a promising technology with immense potential for drug design. State-of-the-art VR hardware and software enable researchers to harness the chemical and spatial intuition of humans. While human perception still plays a crucial role in drug design, the ability to interact with molecular simulations holds tremendous promise. In this article, we will discuss some of the key benefits of interactive VR in the pharmaceutical industry. The benefits of interactive VR in drug development include:

Nanome, an innovative company that uses interactive VR technology, enables scientists to collaborate on molecular data, facilitating better decision-making and speeding up drug discovery. Nanome has been used by biotechnology start-up Psilera Inc. to study natural psychoactive compounds and psychedelics. The company is also partnering with 15 biopharmaceutical companies in the US and has recently formed a partnership with the Japanese information and communications technology company Fujitsu.

Several companies are exploring the potential of interactive virtual reality applications for training and rehabilitation. For example, the Emirates VR app lets users explore the interiors of their aircraft in 3D, including the business and first classes. In addition to commercial applications, NASA started using VR simulators for astronaut training in the 1990s. NASA has four types of virtual training for astronauts. Boeing is developing a virtual reality Starliner spacecraft. It is a fantastic concept.

For any project using VR, it is essential to have 3D modeling software. The software allows for intuitive manipulation of models. Using VR in virtual reality software can enhance product visualization and facilitate collaborative design. In addition to these, VR software development requires an integrated framework. Several of these tools can be used simultaneously. As a result, the technology is becoming increasingly useful in a wide range of applications. In the next few years, it is expected to revolutionize the way we work.

The development of VR has many applications in the healthcare industry. It can simulate the experience of a patient with a disorder, allowing medical students to learn empathy and compassion. It has also become popular among retailers. With VR, potential consumers can experience life inside new apartment buildings and commercial spaces. VR also has many applications in law enforcement training, as it enables officers to practice in realistic situations. However, it is important to note that VR differs from augmented reality.